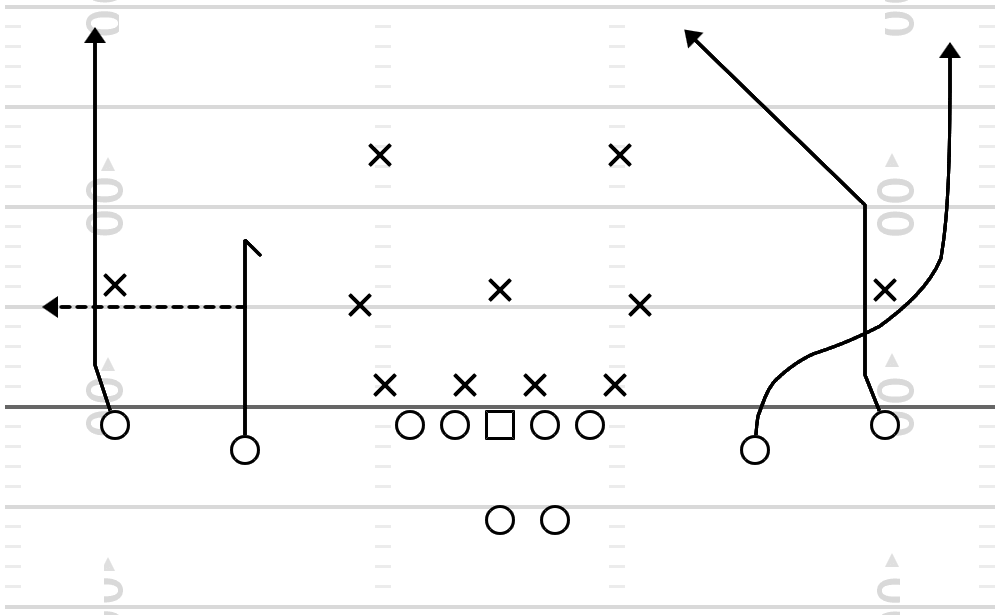 Two different Quarterbacks and a Fullback all touching the ball on a single play? Yes and it was incredible!

Is there a better rivalry in college football than the Red River Shootout between Oklahoma Sooners and Texas?

Deep passing plays out of a power run formation? Yes, three of them in one week!

From under center to shotgun, from a 5-wide empty set to a double tight end formation, this week has a variety of passing plays that any tea...

There were two great football play designs out of the Shotgun Spread formation in Week 5 of the college football season that resulted in lon...

Six broken tackles in one play and other ways that college teams set up their players for success.

Winning the game with a 54 yard touchdown pass on fourth down? Doesn't get much better than that!